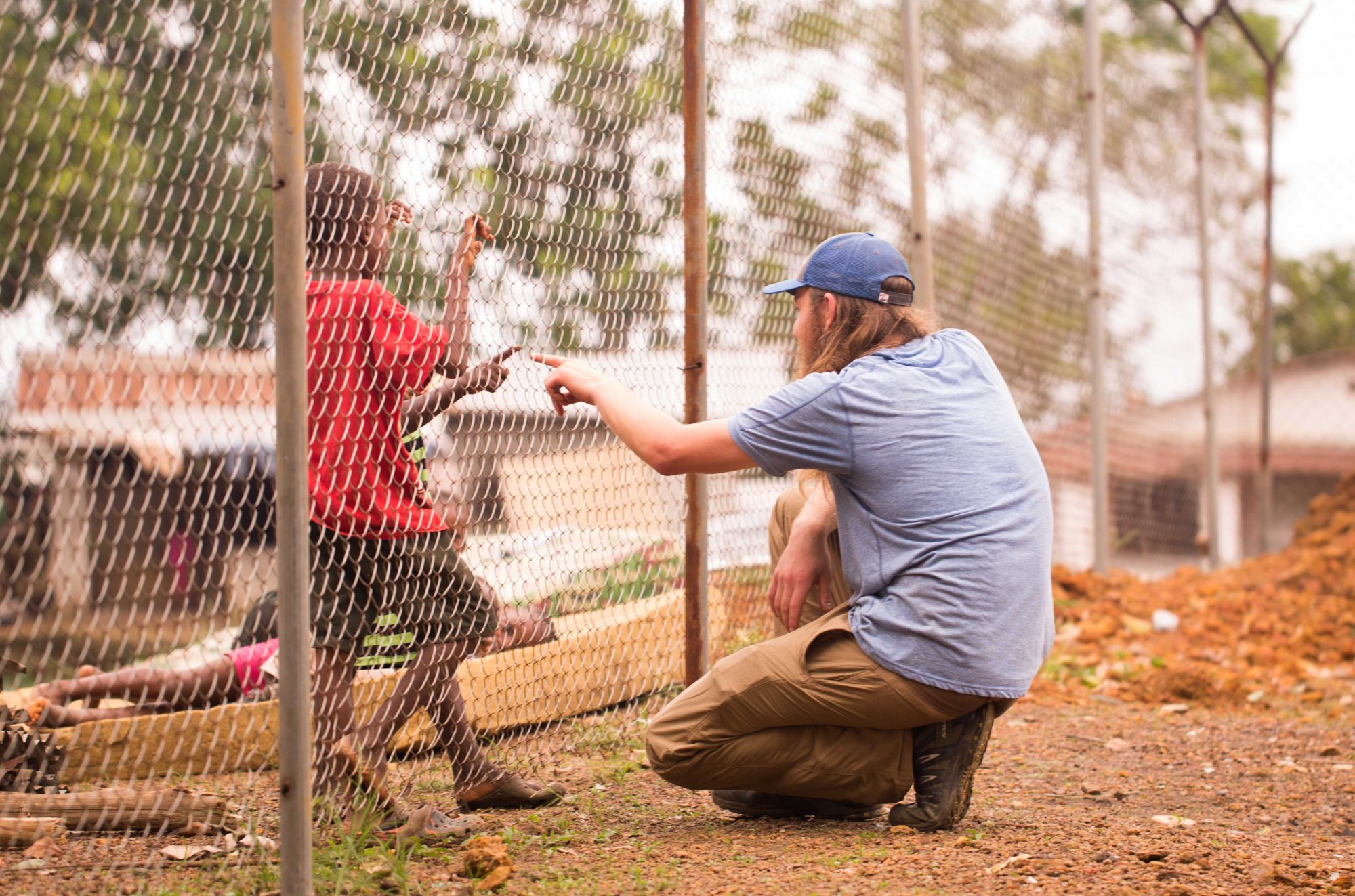 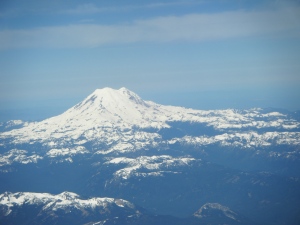 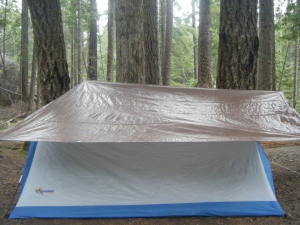 I believe it was July of 2011.  My friend Jordan and I decided we were going on an adventure, as we do fairly often.  We save up, pick a place on the map, and go.  We were going to Olympic National Park in Washington, hiking out of a small town called Port Angeles.  Then we were going to visit Seattle.  It was going to be solid.

The plan was to fly into Tacoma and take a long bus ride out to Port Angeles.  That’s what happened.  It was an awesome flight. We were able to catch a glimpse of all the snow capped mountains Washington has on display.  Once we landed, we found our backpacks (which the TSA had conveniently searched/destroyed) and headed for our bus.

The bus ride was awesome, great scenery all around.  I think it was something like 3-4 hours (but I can’t remember for sure).  Anyways, we had this trip mapped out; we knew exactly what we were going to do.  Well, we thought we did.  Fortunately, God put this awesome lady in the seat in front of us who knew a lot more than we did.  After asking where we were from and stuff, she told us the trail we were trying to do was covered in deep snow still, and pretty dangerous.  She also let us use her computer to remap our trip.  She talked to us about some great things we had to see while there.

Thank God for Mary.  We talked for the remainder of the bus ride and as we said thanks, nice to meet you, goodbye, this awesome lady that we had just talked with for a few hours gave us her phone number.  She then added, if you need anything at all let me know.  We thought it was strange that someone would be so kind to two out-of-state strangers.  We said thanks again, thinking we would never see her again, or have a need for that phone number.  We went and bought some supplies before taking another van ride up to the trail head and continuing our adventure.

It wound up that we came to a point in our trip where we were really worn out, really far away from where we were headed, and really considering making the phone call to this super nice lady we had met on the bus ride in.  Had Mary meant it when she said “call me?”  Does “if you need anything” include a car ride from a place far away from her home, and did she know how bad we would stink?

My friend Jordan and I talked about it and decided it was worth a shot.  If it didn’t work out we could set up camp on the side of the road and call a shuttle service the next day.  Anyways, Mary answered, was excited to hear  from us, and excited to help (although she still didn’t know about how bad we smelled).  Her and her husband hopped in their Subaru Outback, drove right to where we were, and told us to hop in.  I think it was like a 45 minute drive for them.  They took us back to their home, talking all the way.

They asked us about home, what we were studying in college, our family situations, what made us choose Washington for our trip, how our parents let us go on a trip like this, and everything else in the book.  They told us about themselves, their work in the school system, and their family.  They asked us if we go to church and if we had a relationship with God and we said we did.  During this ride I experienced one of the most beautiful sunsets I have ever laid my eyes on…and I’ve seen some sunsets.  I know that God had set this up.  I know that His hand was over us.  This turned out to be one of the highlights of our trip.

Mary and her husband didn’t run out of love and kindness though.  They didn’t run out of genuine interest in us.  They cared for us like no other stranger had ever cared for me, and I believe the same was true for my friend.  And not to overemphasize but we smelled bad, and looked pretty rough.  They asked if we would like to sleep in their home.  They asked if we wanted to set up our one-man-tent-for-two in their backyard.  They tried to feed us.  We felt like they had already done way more for us then we could ever have asked.  They brought us to a small-town hostile where we had set up a reservation, even though they made it clear they wanted us to stay with them.

The next day we explored the town, the port, and everything we could.  We talked to other backpackers in town.  It was awesome.  The next night we stayed in the cheapest motel we could find.  The lady at the desk was reading a Bible (in Chinese or something!) when we walked in.  She asked us where we were from and what we were doing in town.  She was super kind, got us a rate much cheaper than what was advertised, and then invited us to a dinner.  We assumed this was a common practice at this place or something; it wound up being dinner for them and their friends!  It was such an awesome time.  We pretty much walked in a random motel and became friends.  How amazing.  Some of them were crazy; they ferry over from Canada to ride their bicycles up mountains, upwards of 90 miles total in a day.  Some of them were exchange students from Ukraine.  We got to talk to strangers like friends, and hear their stories and share ours.  Everyone treated us so well.  God was surely looking out for us.

Mary had expressed to us that she wanted to drive us up this long, windy mountain road to see Hurricane Ridge.  This is a view of all the major mountain peaks.  We felt like Mary must have thought we were her children, by the way that she loved and cared for us.  We felt like she had already done way more than anyone ever needed to, but we got a call from her!  She said her family wanted to take us up to Hurricane Ridge.  They asked where we were and came to get us.  They said they don’t go up there much, even though it’s so close to them…except for when they have guests.  They made us their guests.  I can say that view is one I will never forget.  I also won’t forget who took me there, or the love they showed in doing so.  Afterwards, they dropped us off at the camp where we were staying.

That night we got to set up camp and talk.  We couldn’t believe the way we had been blessed by the people we had met throughout the trip, and by Mary’s family specifically.  We also got to meet a guy that travels across the country with his truck and camper.  He talked to us for a good while, shared with us about his kids, where he had traveled, and asked us questions.  He let us sit around his fire and just relax.  When it got late, we said goodnight.  We were thankful for another good experience.

The next morning we packed up and started hiking down the mountain back to downtown Port Angeles.  Our friend from the night before caught us about 4 miles down the mountain, as he was driving.  He pulled over and told us to hop in the back of his truck…another blessing.

God truly provided.  Way more than we could have asked.  More than we even needed.  It was seriously crazy.  Mary also brought us out to an awesome horse farm out in the countryside.  I still can’t believe the way so many people cared for us…two strangers.

Mary’s family was such a BLESSING to us.  They made our trip one of the most memorable week-long experiences.

This is what we received in an email after sending a thank you package to the family that had helped us out so much more than we could have ever asked.

Wow!!  It was such a surprise to open our door the other day and find a package from you two.  Then, it totally cracked us up to open this big box and find a bottle of  ‘Sun Drop’ –a special souvenir from North Carolina — lol  — I have it sitting on my desk as a reminder of you two and God’s blessing in our lives 🙂 —  Then, to read the enclosed letter –which, by the way, was so special and honestly pretty amazing — thank you for your kind words and the scripture verses.  God was watching over you two and allowed us the privilege to be a part of it!

Now, about the check –and this part brings tears to my eyes —God used you guys to bless us and provide for us –on the day your package arrived I was headed out of town with very little cash in my pocket because it was the end of the month…. sooooooo, to suddenly receive some money was so amazing and the fact that it arrived at a time when it was needed reminded me that God is aware of our needs and provides…..sometimes I forget that in the midst of the daily stresses of life —  Thank you thank you thank you —I cashed it on the way out of town — :D.

I appreciate the pictures you sent –such handsome young men :).

I attached some pictures I thought you might enjoy :).  Some memories :).

Hope you enjoy the rest of your summer –Thank you again for being a blessing in our lives in so many ways!

Even in being blessed, you can be a blessing.

These are just a few things that I learned from my trip…a week when I felt God was just out to make me smile.  It worked.

Mary introduced me to the idea of loving others beyond what they deserve, even beyond what they need!  She loved us like Jesus loves…and we were complete strangers.  I am so thankful for that week, and for the people that live out their faith like Mary.

And we thought Seattle was going to be exciting…my favorite place in Washington is Port Angeles. #LETMEINTRODUCEYOU

3 thoughts on “What just happened?”